Get the PC and Android version cheaper than purchasing them individually.

Get an .apk file you can install on your android device.

The call of adventure (or "the urge to meet hot babes") burns brightly in our hero's heart as he sets out to sea to explore distant lands! He quickly finds himself in danger as his ship is sunk by some sort of sea monster... Luck is on his side however, as he is washed up on an island where he quickly encounters some beautiful warriors who made short work of the beast that sunk his ship. So begins our hero's plan to spend some hot and steamy nights with these busty mature knights!

Hot & Steamy Knights is the English localization of a Visual Novel originally created by prolific Japanese developer Norn/Miel. We at Cherry Kiss aim to provide an authentic Japanese Visual Novel experience to gamers outside of Japan.

If this is a steam key business then I can`t buy it.. since I share my steam account with some underage relatives..  pity  :(

Is there only an Android version and Steam version for this game? There's no downloadable computer version? When I go to purchase the PC version, it says the only file I'll be getting is one called "redeem_instructions.txt", which I assume is only for how to redeem the Steam key. I don't want an Android version, and Steam apparently won't let anyone new join because they require you to confirm that you are actually a person using a Captcha, but they won't give you one to do so anymore (and stupidly won't give those who don't have an account already a way to contact them). 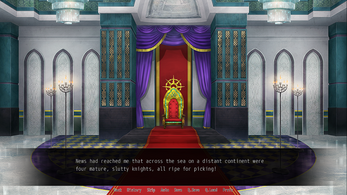 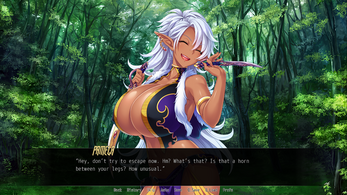 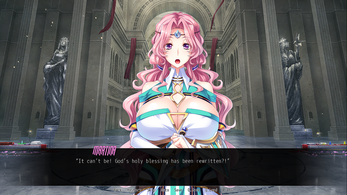